7 Reasons Why Apple in the Enterprise is Winning

Apple’s steady march to infiltrate the office seemingly couldn’t be going better. Time and time again we read articles announcing a new success for Apple in the enterprise, where yet another large corporation has adopted Apple into their culture. As they continue to win, we explore 7 reasons why and how they’re succeeding.

Apple’s iOS is compatible and secure, data can travel happily between devices. Apple are able to respond quickly to security threats, which is a huge boon to enterprise, and have a commitment to annual upgrades.

The younger generation of employees working their way through their career have grown up with Apple personal devices and want to use the same devices at work. With a cultural shift in their attitude to work, these valuable people are far more willing than previous generations to up and move to a company which suits them better.

Apple are pushing their reach towards the enterprise, first with the iPhone and now with the Mac. They have some major alliances to date, which serve as excellent proof points that Apple in the enterprise can and does work. With IBM, Accenture, SAP and Capital One all onboard and singing the praises of Mac, it won’t be long before the current 8-10 percent enterprise market share starts shooting up. 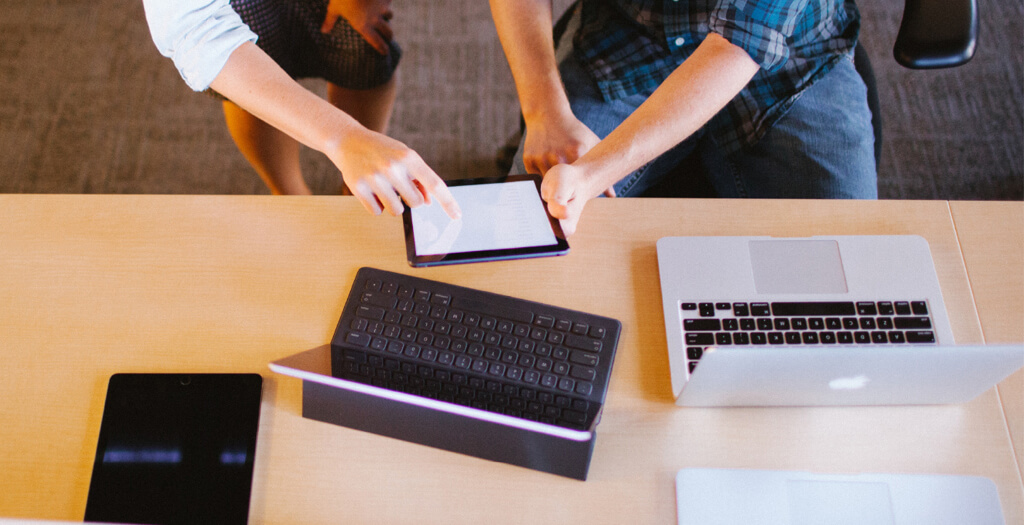 Apple provides developer tools and has a dedicated developer community. Enterprise are therefore able to build their own connected tools and apps to specifically suit their business.

According to the Nokia Threat Intelligence Report 2016, among smartphones, Android devices are the most commonly targeted by malware. Seventy-four percent were Android devices, 4% iPhone and others, the remaining 22% account for Windows devices. Aside from having far fewer attacks, Apple respond to these within days, whereas an attack on another platform can take weeks or longer. As cloud services become more prevalent in the enterprise, security on mobile devices becomes a far more prominent discussion.

The highly publicised presentation by IBM VP Fletcher Previn at Jamf Nation 2016 made the bold statement that Macs were more cost effective in the long-term than PCs. Previn was in the middle of a plan to bring 200,000 Macs to the traditionally PC-based IBM, a figure of almost 1/3 of the entire estate. Whereas a Mac might be more expensive to purchase, when factoring in the total cost of ownership, including software and support, over four years, Previn declared Windows devices to be three times more expensive.

It’s safe to say Apple in the enterprise is here to stay. Ease of use, consumer satisfaction, simple management and residual value all contribute to an ever-growing market share and a continual shift within business. For further reading, please download the Apple Trends Survey for Enterprise, compiled in early 2017 from responses from 900 IT professionals across the world.

If you’d like a free consultation on how Apple could benefit your business, please get in touch today.