M-Tech were out in force at the UK Microsoft Education Partner Summit in London on 19th April 2017. Hosted at the beautiful Wellcome Collection, four of the team attended to hear more about the latest in Education from the global technology giant.

The afternoon kicked off with some great networking over lunch before heading into the conference suite for the sessions to begin.

Craig Parker, the UK Education Partner Lead started proceedings by welcoming the 100-odd partners in attendance and explaining the overview of the day. We also had a brief introduction from Larry Nelson, Worldwide Education Partner Director, visiting the event from across the pond. 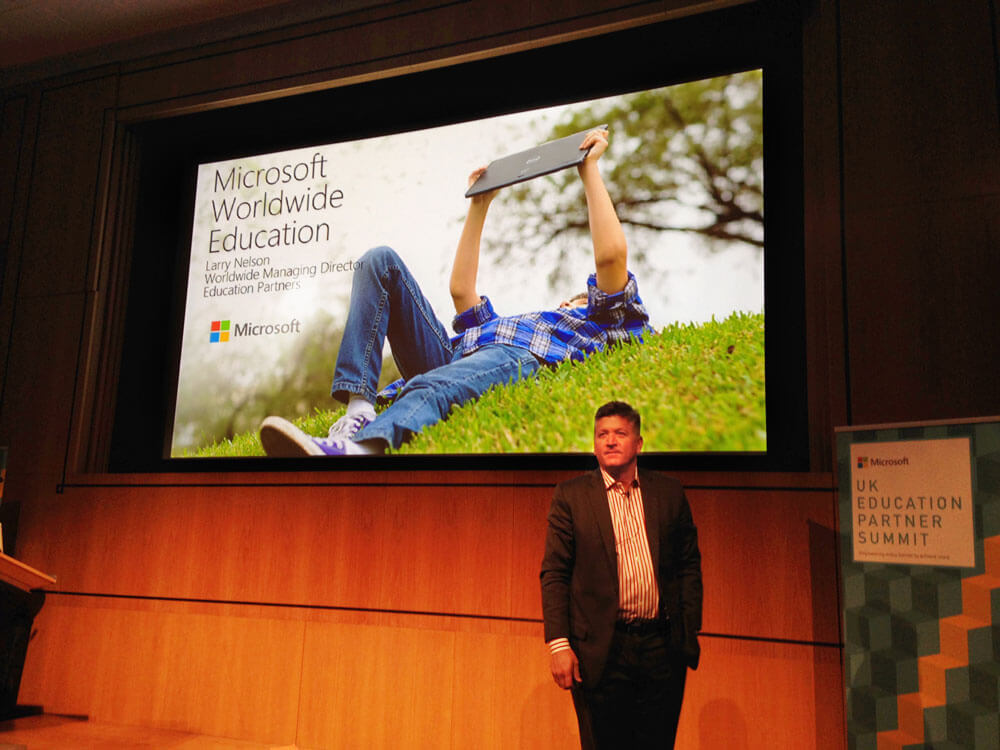 The afternoon proceeded with some fascinating talks where we heard more detail on Microsoft’s general UK Education Strategy and what’s been successful in Scotland, alongside the specific Partner strategy for the UK. We were treated to some exciting product and solution announcements such as Windows Intune and new Windows devices. The first half of the afternoon closed with a positive real world case study from Jan Lusty, Head of KHS Education. KHS are a special school who were involved in early trials of Learning Tools for OneNote with Surface Book’s via the British Dyslexia Association.

A quick pit stop for tea and biscuits ensued (they might be Microsoft but we’re still in Britain after all), with some more networking, before the second half of the summit commenced.

This speaker couldn’t have had a better introduction and he certainly didn’t disappoint. Dave Coplin, Chief Envisioning Officer gave us a 20 minute talk on the Future of Technology. He explored using a Fit Bit on his rescue dog, how we’re not living with Skynet and how Pablo Picasso clarified all those years ago that “Computers are useless: They can only give you answers”. He revelled in how technology can open up the way for humans to keep asking questions and to use technology to its fullest to work with data. 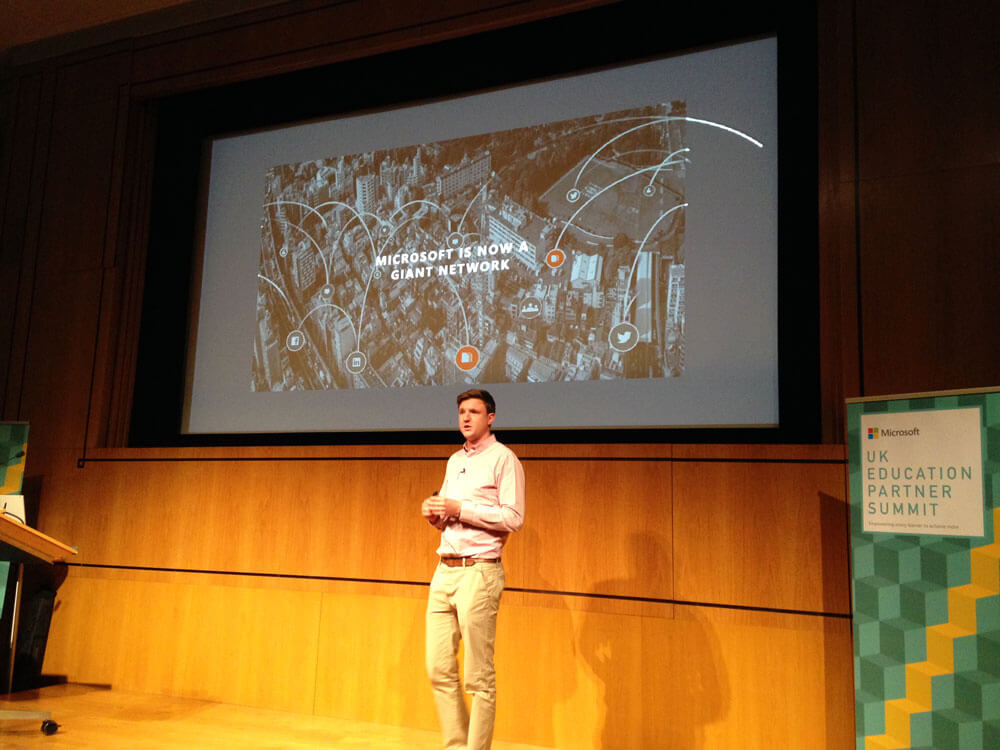 The second session was equally as riveting, Haberdashers’ Aske’s Boys’ School shared what they looked for in partners, how they worked with Microsoft Education and opened the floor up to one of their incredibly talented students, Rishi Hindocha. Rishi began developing with Minecraft 5 or so years ago, forging an already successful start to his career before even having finished school. He explained how the software had helped him and the projects he’d created, a watch this space student we reckon…

Closing the day we heard more about the CSP programme and got a view from corporate, delivered once again by Larry Nelson.

As a Microsoft Partner we were very pleased to have attended this session and look forward to more to come.