As the College’s incumbent IT partner, M-Tech were asked to oversee the design and delivery of technology into phase one of the project, keeping the leading independent school competitively at the forefront of technology.

The Nugee Building forms part of the College’s Project 150, a £33 million redevelopment at the heart of the school, to be completed by Spring 2018 as the College celebrates the 150th anniversary of its founding by Dr Charles Hayman.

Following demolition during the summer and autumn of 2015, Monday 16 November was a momentous day for Eastbourne College as VINCI Construction arrived on site and the building phase of Project 150 commenced.

The new Nugee Building, named after former headmaster, John Nugee, opened its doors to pupils and staff on Tuesday 9 January 2017. The official opening was scheduled in for the start of summer term. John Nugee was headmaster of the College between 1938 and 1956. He successfully managed the wartime evacuation of the College to Radley with three days’ notice in June 1940 and, even more importantly, planned for and achieved its return in 1945.

Today’s ceremony marked completion of phase 1 of the Project 150 Development. His Grace The Duke of Devonshire KCVO CBE DL, President of the Eastbourne College Charity, and Patricia Nugee, the daughter of John Nugee, after whom the building is named, were guests of honour for the afternoon.

As an Old Eastbournian himself, Martin was very proud to be invited along to share in the celebration. Having supported the College’s IT department since 2006, M-Tech have forged a strong relationship with Eastbourne College incorporating both strategy and practicality. 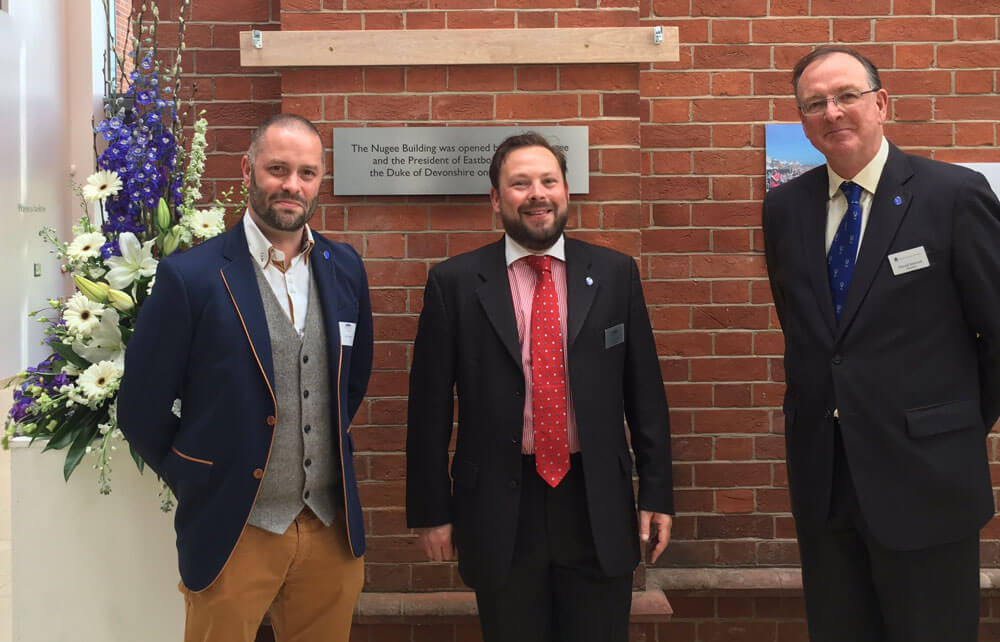